Yesterday was just not my day!! I went to my dentist for my 6 month cleaning, like a good girl. When she looked at my x-rays, she saw what appeared to be “extra roots” from the tooth I had the root canal done in January. Which means I have to see the Endontist on Monday to have him re-evaluate. When he did my root canal in January, he did find 1 extra root, but now it appears he may have missed a couple more. Leave it to me to be unusual in having “extra roots”. Then when my dentist did the oral exam, she spotted a “red spot” on the back of my throat. So now I have to go back and see her in two weeks to see if the red spot goes away. If it’s still there on the 30th, then I have to see an Oral Surgeon to determine if it is nothing or if it is something that needs to be biopsied. Since I’m high risk for more Melanomas, including Mucosal Melanomas, my dentist is watching me closely as well as the rest of my docs.  Most likely it’s nothing…but as she put it, “it’s a spot that shouldn’t be there”.

Then when I went to fill my script at the pharmacy, I was informed that my doc wrote out my script incorrectly. I’m now waiting for my doc to call in the correct script. Yesterday was all about Murphy’s law. 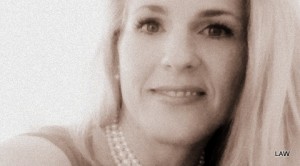 Why are women... so much more interesting to men than men are to women?
Virginia Woolf
Joe's