♥ Merry Christmas from my family to yours!!  May each of you have a blessed day today and every day!! ♥ 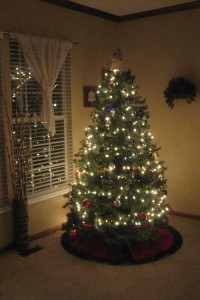 My mole biopsy came back as “mildly dysplastic nevi”, also known as “Atypical Mole”.  This means that the cells were starting to change, but it was caught early enough.  According to the National Cancer Institute, doctors believe that dysplastic nevi are more likely than ordinary moles to develop into melanoma skin cancer.  Dysplastic nevi are a precursor to malignant Melanoma.

As of December 14, 2010 – I have had a total of 23 moles removed since October 26, 2009.  While 12 of those moles were completely normal, 9 were “Atypical Moles”, and 2 were melanoma’s.  My melanoma’s thankfully were caught early enough but I no longer have a 100% survivability.  My Stage 0 (in situ) was a non-invasive Melanoma while my Stage 1A was an invasive Melanoma.  Which means the Stage 1A Melanoma could come back.

I go back to Dr. Nash in March of 2011 for my regular 6 month mole mapping, which I am positive things will go smoothly.

Whatever you want, I’ll give it to you!!!

Whenever you need someone to﻿ lay your heart and head upon!!!!

Remember, after the fire, after all the rain!!! 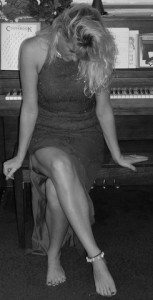 Let us rise in the moral power of womanhood; and give utterance to the voice of outraged mercy, and insulted justice, and eternal truth, and mighty love and holy freedom.
Maria W. Chapman
Joe's